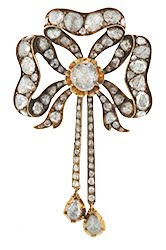 When it comes to jewelry, and especially diamonds, I am the stereotypic girl. The natural beauty, intricate craftsmanship and exorbitant yet sometimes scarce materials, all contribute to my obsessed romance with jewels. I just can't help it! Is it because I was born in April and my birth stone is the most precious? 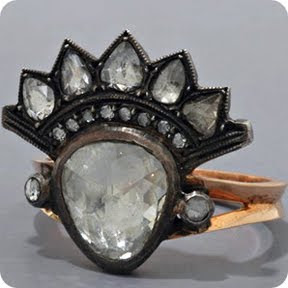 More recently, I have been quite fascinated with a distinct period of jewelry design—the Georgian. An era of opulence and self indulgence in fashion, design and luxury. The time was named after England's 3 consecutive King George's and span from 1714 until 1836. The aristocratic and wealthy people wore all kinds of jewels, and diamonds were used almost exclusively. Stone cutting was very difficult during the Georgian era and mine cut or the rose cut were the most popular because of this. The mine cuts had a flat top whereas the rose cuts had a pointed top. Every element of the jewelry was handmade, lacking exact precision and manufactured perfection, but making each piece more unique. 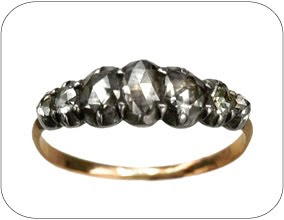 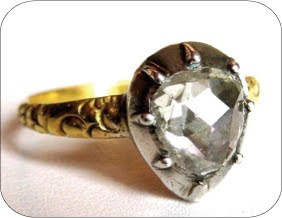 One of the most distinct characteristics of the time, besides the cut of the diamond itself, is the way the stones were set. It wasn't unusual for diamonds to be set in sterling silver and then attached to high karat gold mountings. To meet the increasing demand for diamonds in the first half of the 18th century, paste, rock crystal, marcasite, and cut steel were used and considered respectable even for royalty to wear. Paste was a technique in which a special glass was cut and faceted and backed with foil to imitate the sparkle of diamonds. Cut steel jewelry consisted of faceted rosettes of polished steel set in intricate designs. Paste and gemstones alike were mounted with either silver or colored foils behind the closed-back settings, which gave fantastic refraction under the low candle or gaslight of the period. 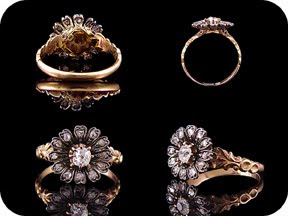 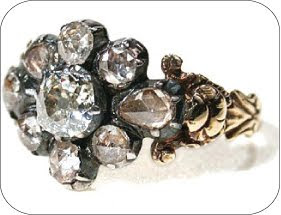 Unlike jewelry of the Victorian and later periods, Georgian jewelry always involves some hand-craftsmanship on the part of the lapidaries. These jewels were made before the Industrial Revolution of the 1840s and the crafting of pieces were very labor-intensive. It is not unusual to see tool marks on the backs and findings of Georgian jewels, and all of the stones, whether precious or imitation, were set by hand. A complete handmade treasure from start to finish. For sure my favorite period in jewelry history. 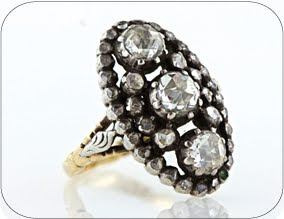 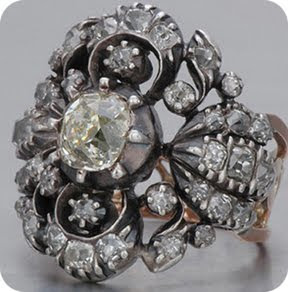 Lemme find it on lemmemakeit 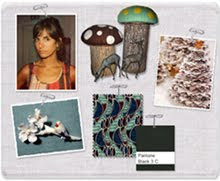 let ME make it

k
I like things... and animals... and using my fingers. 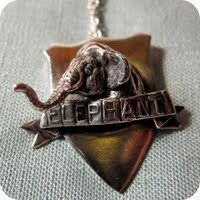 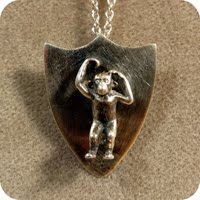 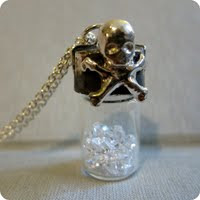 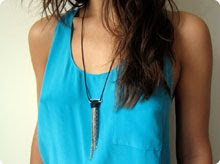 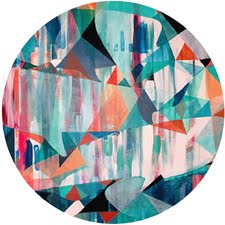 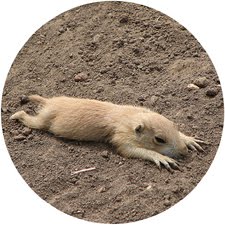 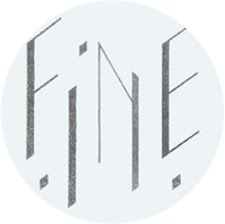 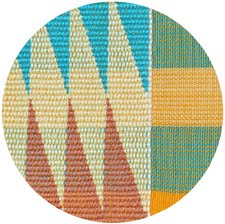 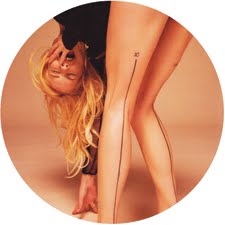 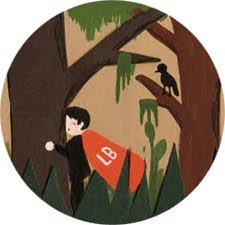 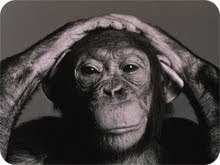 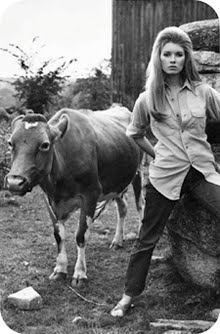 the camera I shoot with: